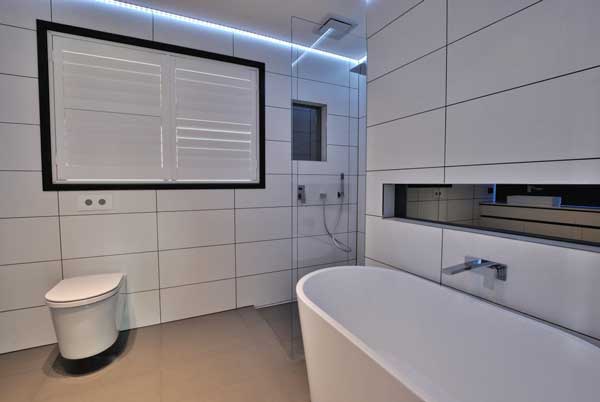 Challenge
Existing bathrooms can often be uninspiring spaces. To renovate and create the ‘wow’ factor, considered planning and amazing finishes are required. “We were looking to bring our bathroom out of the dark ages and create a space that was inspiring yet functional,” said Sam. The key challenge was to maximise the existing space and create an open and seamless flow. To do this, a wall needed to be removed and then careful re-location of bath, shower, toilet and vanity. “This was the point we needed some serious expertise, so our first port-of-call was the Famous Frameless team of Dmitri and Josh.” added Sam. “Their practical knowledge, extensive experience and attention to detail is simply unparalleled.”
Solution
In addition to the ‘wow’ factor, functionality was also a prerequisite. “With Josh and Dmitri, we came up with the idea of a nib wall shower that used 10mm glass,” continued Sam. “The glass selection was ‘low-iron’ which meant it was completely clear and transparent rather than having any green hue through its composition. Being frameless, this essentially made it appear as if no space was being taken up.” For additional impact, grey tinted mirrors were used in the niches above the bathtub and inside the shower area. To add further functionality and beauty to the glass shower screen and to the shower tiles, an optional finish – NANODIAMOND coating was applied. “For us, there was never a question of not opting for the NANODIAMOND coating,” continued Sam. “For a very moderate additional cost, it provides a ceramic-like finish to the shower screen and tiles and protects them against pretty much everything the family could throw at it in our bathroom environment.” As a key feature, a  Glass splashback installation feature wall – made from 6mm matt finish etched glass was created with a floating mirror offset against the splashback wall. To add even greater impact, the offset space allowed for LED strip lighting behind it giving a lovely diffused light in the bathroom.
Result
“We have been absolutely thrilled with the end result,” concluded Sam. “With Dmitri and Josh at the helm, and with the meticulous attention to detail from fitting to caulking, we have simply transformed a tired bathroom into one that truly does have the ‘wow’ factor.

Get A Free Online Quote

Famous Frameless serves Northern & Western suburbs of Melbourne and are happy to help.

Tell us about your project below 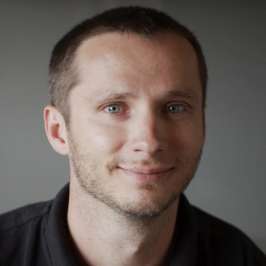 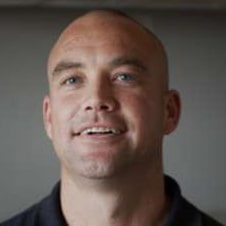